The music of Carl Philipp Emanuel Bach has been strongly influenced by the currents of the Age of Enlightenment; his contemporaries were Friedrich Schiller, Johann Wolfgang von Goethe and Johann Gottfried Herder, and the Sturm und Drang movement embodied the revolutionary ideals of his generation. However, in his own work, the son of Johann Sebastian, known as the "Berlin Bach", found place for plenty of soft and mellow tones.

The sensitive style or Empfindsamer Stil of the 18th century influenced and cultivated the next generation of the classical era, represented by Wolfgang Amadeus Mozart. Among his greatest masterpieces is the Clarinet Concert, written at the end of Mozart's creative career. In it, the typically jovial genius looks at the world with paternal tenderness and nostalgia, as if sensing that very soon the world will bid farewell to him - and vice-versa. Today, when the doors of the concert halls remain closed to the public, we all feel a similar aching for the ethereal but oh so salient art of music. For the performance Sinfonietta Rīga will be joined by the talented clarinetist Anna Gāgane, recipient of the Grand Music Award of Latvia.

Along with the reveries of past masters, Normunds Šnē's programme includes Finland's contemporary maestro Magnus Lindberg, who has developed his exquisite orchestration in the legendary Darmstadt Summer Course and with the French spectralist Gerard Grisey in Paris, but later polished his talent as the resident composer of New York Philharmonic and London Symphony Orchestra. 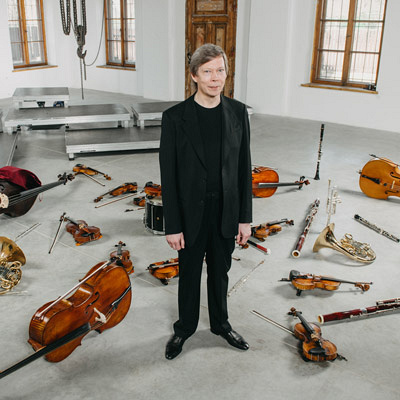