Uģis Prauliņš’ music is a ramification. He constructs electronic scores and plays progressive rock; he builds pagan cathedrals and liturgies of fresh air. He stands firmly rooted in Latvian land. It is not without a cause that the word “fusion” appears in Prauliņš’ rock symphony. Without using direct citations, it honours rock and fusion masters: Gentle Giant, Led Zeppelin, Mahavisnu Orchestra and other like minds of Prauliņš’ shine through the score.

The music of Kārlis Lācis can chase the dust off the theatre stage floor boards and test the stamina of an orchestra. It has thrilling speed, dreamy and bittersweet poeticism. musical references, dances and machinery, and an undeniable talent in songwriting and melodicism. Which of these flavours can be found in the composer’s new piece Moments. We invite you to find out by joining the chamber orchestra Sinfonietta Rīga and conductor Normunds Šnē in the Hanzas Perons concert hall.

After the performance, we will welcome Uģis Prauliņš, Kārlis Lācis and Normunds Šnē to our continuing series "Conversations after the Concert", moderated by journalist Krista Vāvere. 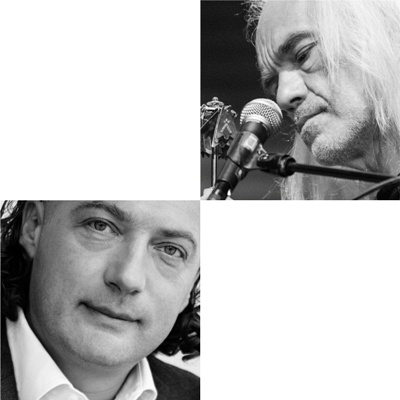