The old values within the framework of the brilliant hues of D Major as well as the music discoveries closer to the present day will all be present at the end of the 16th season of the chamber orchestra Sinfonietta Rīga. Luciano Berio once remarked on the opus Requies: "Chamber orchestra creates a melody in the same way that a shadow might outline an object or an echo a sound." This requiem created in memory of the composer's first spouse and the outstanding mezzo-soprano Cathie Berberian aptly describes also our recent trials. But a true atmosphere of the end of the season will shine through the master pieces of the Bach dynasty - the Fourth Orchestral Suite by Johann Sebastian Bach and the Symphony by his son, Karl Philip Emanuel Bach, where the feel of an author's personal  and deeply "sentimental" style will resound in full capacity. Deviating away from the so characteristic post-minimalism, John Adams praises romanticism and the triumph of a melody in the Concerto for Violin and Orchestra.  The "hyper melody", so cherished by Adams, will be presented by the British violinist of Russian origin, Alexander Sitkovetsky. The critics continue to admire him as a creator of a miraculous sound, who feels equally good both as a soloist and a chamber musician. 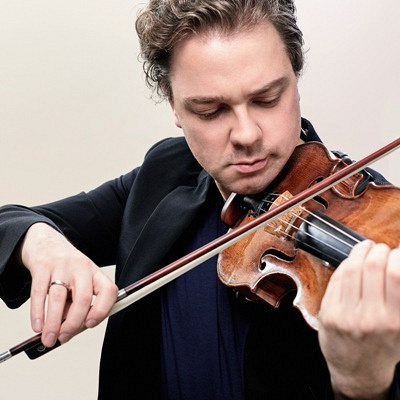