Natalia Ponomarchuk, conductor of the Kyiv Chamber Orchestra, brings to Riga the treasures of her country's contemporary music scene, while dreaming of return to Kyiv and performing in the newly rebuilt Ukrainian cities. Leonid Hrabovsky's Concerto Misterioso invokes folk motifs in memory of painter Kateryna Bilokur, whose work was once admired by Pablo Picasso. Next to the allusive patterns of Hrabovsky's soundscapes, the compositions of Oleh Kiva and Valentyn Silvestrov capture the tragic beauty inherent in the world. It is a world that seems to sing to itself, in order to resist the darkness of historical oblivion. However, the ray of hope shines even in the most dreadful calamity, as evidenced by Viennese audiences on their first hearing of Ludwig van Beethoven's Symphony No. 7, after years of torment brought by Napoleonic army. Today it again reminds us the eternal truth - after the darkest night comes the brightest morning. 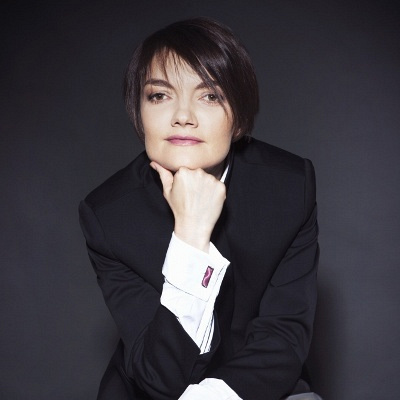 Oleh Kiva Chamber Cantata No. 3 for voice and orchestra, based on the poetry of Pavlo Tychyna

Ludwig van Beethoven Symphony No. 7 in A major, Op. 92